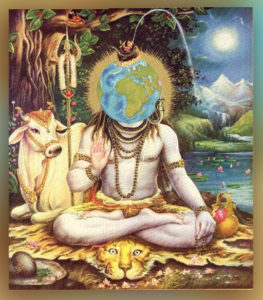 I travel a lot.
I have traveled a lot.
My movement around this world has slowed, but once in awhile I still visit a far off place, and some not so far off places. Throughout I can keep up with Ashtanga because it travels well. I know in the Hatha Yoga Pradipika it says to limit travel but it’s so easy nowadays. It can be draining, I know. It is a great teacher. It’s sometimes a challenge. Unexpected happenstance shows up and hinders progression. Sounds like practice. Oh practice. Asana, now that’s a challenge for me to keep up with on the road. It’s a little easier with Ashtanga. A little easier for me knowing myself and having a practice.

Finding an ashtanga studio is relatively easy. We even have a working one in  Asheville, www.ashtangayogaasheville.com. I’m on holiday. I get the feeling that I would like to do my practice at a dojo, so I have a look-see on the internets. Results follow. Maybe there’s no dedicated Ashtanga-only studio, but that word ashtanga will probably pop up. Most of the time a class labeled ashtanga means we know what we’re getting – a led class. It would be better to see “led primary” or something similar, but not everything is laid out on a silver platter. A class could have differences than a “normal” led class. I look for words like “based on,” “mixed,” “inspired.” These terms mean the class will deviate from the counted series. Doesn’t mean they’re bad, but just know what you’re stepping into. Don’t judge them when it’s not what you expected. Truly it’s all Ashtanga. Ashtanga means a way towards yoga, not primary and the rest of the series. The series are great sequences of asana that have had time to be studied and refined. Other sequences can be just as good or even more pinpointing a specific area than primary. I do like knowing what I’m getting into with a yoga class though, especially if I’m new to the studio and teacher. They don’t know me. I don’t know them.

Get to introduce myself. Tell them about myself, my decade-long practice. Ugg, I don’t like talking about myself. Feels like gloating. But, this simple intro prepares everyone for some ailment I may or may not have, my experience level, my devotion, a bit of insight as to why I might be doing yoga – all that personal shit. It’s nice. A little human connection before practice. That’s yoga, connection as one in all sorts of situations: Led class, Flow Missile Flower Power Class, or Mysore.

Oh yeah, the real score, seeing Mysore classes on a schedule. When you need just a hint of motivation and not a fix like led class. Mysore, I can do my practice. I can do me. Still an introduction is necessary. Maybe know why you would like to do first, second, third, fourth, or whatever series you may be practicing that day. Most of the time I keep it simple for everyone and just practice primary series for my first time at a studio. Talking with the teacher before class should work out what would be appropriate to practice. Sometimes I simply just need a spot and don’t want the attention of the teacher. I still respect their space and stick to the “traditional” series as I know them, not adding something because I feel like it, but just trying to stay on the same page as everybody to not disrupt the class and the regulars. Already having a new person show up out of nowhere can be distracting to some students.

Such a nice atmosphere a Mysore class provides. A space one can just fall into and fit into. Just like doing asana. Moving the body in more and more awkward and complicated positions to bring comfort in all situations. Like traveling. Seeing more and more to get comfortable with all the differences on this planet. To see that we live in different places but are all moving towards the same goals. Learning, the more I see, the less I know, and that is a good feeling. A fulfillment only felt while stepping out of the norm. Plus going to a studio usually means you won’t have to practice on filthy hotel carpet or rocks on a sandy slant.

But, I have a high tolerance for uncomfortable and don’t really like driving places in the early morning when on holiday. Because I know my practice I can just sleep in, lay out my mat on the filth, and practice. On my own. For myself. Wherever I can. Whenever I can. Yoga practice is constant. Asana practice can be situational. Travel safe and bring your practice with you.