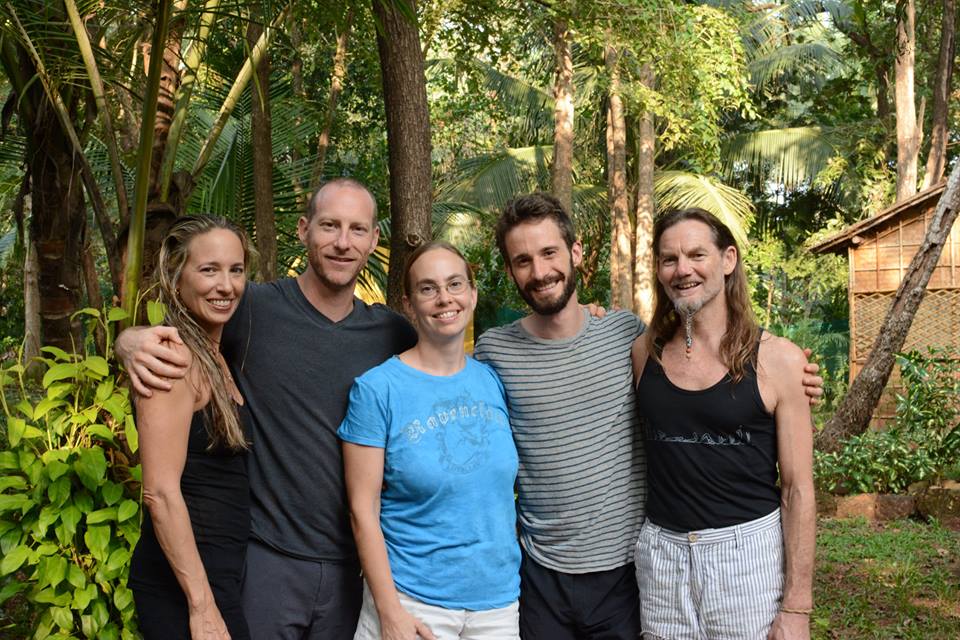 There’s been a lot of negative press lately about teachers, particularly yoga teachers, with many voices on social media and elsewhere deciding that they don’t, in fact, need a yoga teacher. Perhaps they don’t. It is not for me to decide anyone else’s path. There is sometimes a lot of rhetoric in the Ashtanga community around having a yoga teacher, so let me say that I don’t think there is any one “right” way to go forward in this practice. There are as many approaches as there are practitioners. In my own experience, having a teacher to guide and set boundaries for my practice has been life-changing and I will be forever grateful. In this post then, I’ll share a different voice and add a different perspective to the conversation around the question: What’s a yoga teacher for, anyway?

When I started an Ashtanga practice I could never have imagined where the practice would take almost 17 years later. I had no strength when I began and am hypermobile. It was a difficult place to begin from. I had an idea that I would find strength in yoga. In my first Ashtanga class, I found what I had been looking for.

I practiced with a couple of teachers in my first few years of Ashtanga practice, as my work schedule at the time meant that I had to do an evening yoga practice, and there was some turnover among teachers covering the evening classes at that studio. When the last evening teacher was ending her classes, she sent me to do a week of Mysore classes with David Keil, one of her teachers. That was 2005 and David has been my yoga teacher ever since.

What drew me back to working with David after that first Mysore workshop was the balance I experienced in his approach — I mean balance in a big-picture way. David struck a balance between setting clear intentions for how I would work on the practice and hearing and seeing where my edges were in any given moment. More importantly than anything else, David believed in me over and over again when I didn’t believe in myself. He demonstrated this when he didn’t rush me ahead with a bunch of postures, but instead patiently waited and supported me as I worked through difficult postures. Multiple times I’ve spent a year or more not adding anything new, but intentionally working on one or two difficult things. What made this transformative was David’s unwavering confidence that I could learn these challenging asanas — all I needed was time, space, and encouragement. I will be forever grateful for this approach to asana because, after many years of practicing yoga this way, I began to practice the rest of my life this way too.
The message I took into my life was this: Try to do hard things that are rewarding. Take your time with hard things. Have confidence that with time they will come. And as Sharath says, “Why Hurry?”

Surrender is not a lack of critical thinking

My own experience of having a yoga teacher, now for 13 years, is that it has never required a loss of self. I have never relinquished critical thinking or set aside the necessary moment to moment awareness of how I am experiencing my practice. On the contrary, David considers both of those to be part of the practice and the responsibility of each practitioner. At the same time there is surrender.
Surrender is not a popular word — and it’s perhaps very misunderstood.
Eddie Stern puts it so eloquently in his post from earlier this year when he said this, “Surrender does not mean giving everything up including your own sense of agency; it means giving up the idea that you are the only source of agency.” (emphasis mine)

Surrender requires that, while I never set down or dismiss the experience that I’m having in the moment, I do set down my own ideas of where or how I think the practice should go. My experience of that process is that, when surrender is set upon a foundation of trust in my teacher’s experience of practice and in the relationship that we have developed over time, there is so much more open space for practice to go in unexpected and surprising directions.

The role of a teacher in pointing out

Aside from yoga asana, I also have a meditation teacher. In the lineage he teaches from, the style of insight practice is called, “The Pointing Out Way”. The title is as much a description of the teaching approach as it is a description of the meditation methods. It captures so well what I understand the role of a teacher to be.

If I were traveling from Asheville to Chicago in the days before GPS and google maps, then I would likely benefit from asking the guidance of someone who has driven that way many times before. They could share what they think the best route is and why. They could point out the most efficient and effective way to get there. If I insisted on driving on my own with no guidance, I might get there and I might not. If I did get there, I would probably have wasted a lot of time wandering ineffectively.

If we’ve never been somewhere before, then it’s hard for us to know what it is we’re actually seeing as we go. It’s hard to know where exactly we are or what landmarks are key. If we head out imagining that we already know everything that is relevant to our journey, then we’re apt to miss things that we don’t expect to see.

I’ll close this out with a story that my meditation teacher shared in our last intensive week. The story goes that when the large ocean-going sailing ships from Western Europe first starting arriving on islands whose native people had never seen ships like that before, that the ships simply did not register in their perspective. The native people saw the strange looking travelers, but just blanked out the ships. The ships were so far from anything that they knew, that their minds just didn’t see them.
It can take a teacher to whom unexpected things have been pointed out by their teacher to be able to point out what we don’t expect to see ourselves, or don’t know to look for.